Press Coverage: The Hidden History of Women in the East End: Alternative Jack the Ripper Tours.

You’ll have heard about the The Hidden History of Women in the East End: Alternative Jack the Ripper Tours that launched last year – they tell the untold story of Jack the Ripper’s victims. In this hidden history tour  we celebrate the strength of women led to sell sex for survival, not a serial killer.
Visiting the streets where the women lived, we explore what we know about their lives and commemorate their deaths. Alongside the historic, we tell the stories of women still affected by sexual exploitation in the area today that we work with through Beyond the Streets Door of Hope project.
In October we were joined on the tour by RE:News, followed by an exclusive conversation on Ripper Tourism, Misogyny & Sexual Exploitation – we’d love you to take a look of the most comprehensive coverage of the tour to date :
Why are we spending our time talking about the past when there is women to help in the present?
Our hope? That by learning the past, we can better support women experiencing sexual exploitation in the present.We believe the acceptability of the Jack the Ripper narrative in British culture has helped normalised violence against women. We want to uproot the harmful narratives of violence that have permeated our culture and grow a culture that values women – where exploitation and violence are not seen as an inevitable reality.

Join us on a Hidden History of Women in the East End: Alternative Jack the Ripper Tour. Tour dates for 2019 are now live, book your ticket today.
Earlier this year a postcard allegedly sent from Jack the Ripper to the Police was sold at auction for £22,000. Join us as we launch our campaign to raise £22,000 to enable women to access support services like ours. Are we willing to invest as much into providing support for women who are sexually exploited as we are in maintaining the legacy of a serial killer? Support services for women, not serial killers – make a secure gift online today here 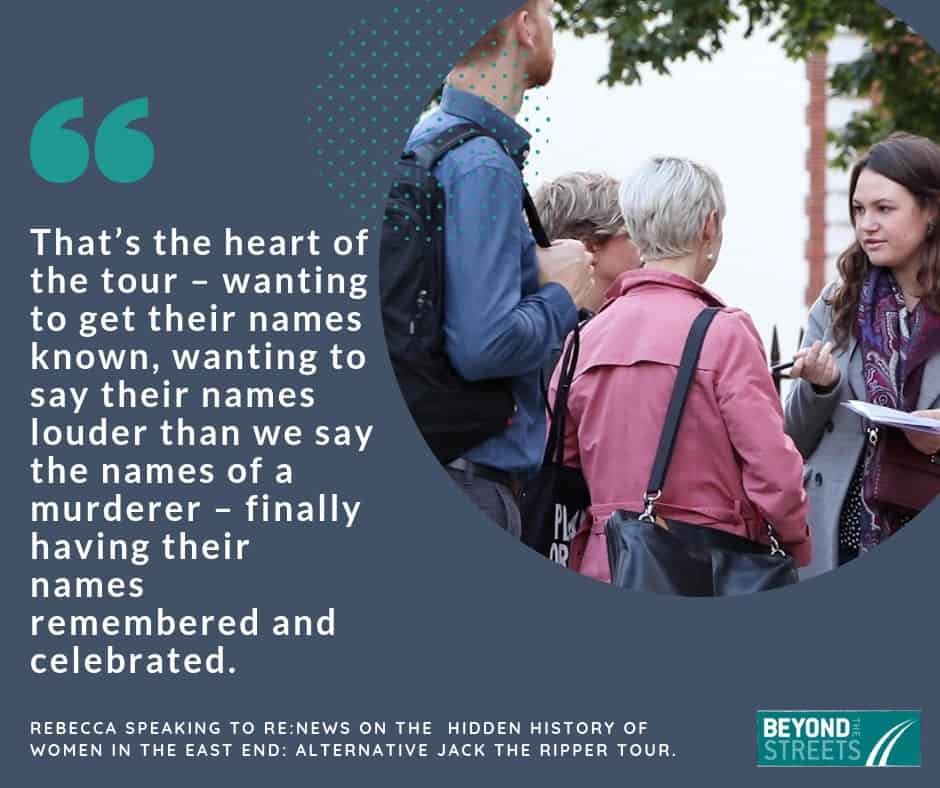