As a person of privilege, why I’m saying no to sexual exploitation and violence against women.

I am a person of privilege. Born to parents who wanted me and loved me, even in my worst days I have never known what it is to be excluded from that support. From childhood to adulthood, I have been loved, valued, nurtured, protected, empowered. I was told things were possible and was privileged to believe it. Enriched with the power of choices, I was privileged to be able to make them. My parents were poor but spiritually rich and emotionally wise. I never had to question my voice, my choice, or step aside because I am female. I was taught to understand the human condition, its virtues and vices, and not to become anyone’s slave. I am truly, deeply free.

I am incredibly privileged. Privileged to love and be loved by a man who has never done me violence, suppressed my speech, stifled my freedom, or sought to exploit me in any way, ever. He esteems our daughters, loves and prizes them, in the same way he does our son. He is not so much gender blind as comprehensively attentive. Would that all men were so. 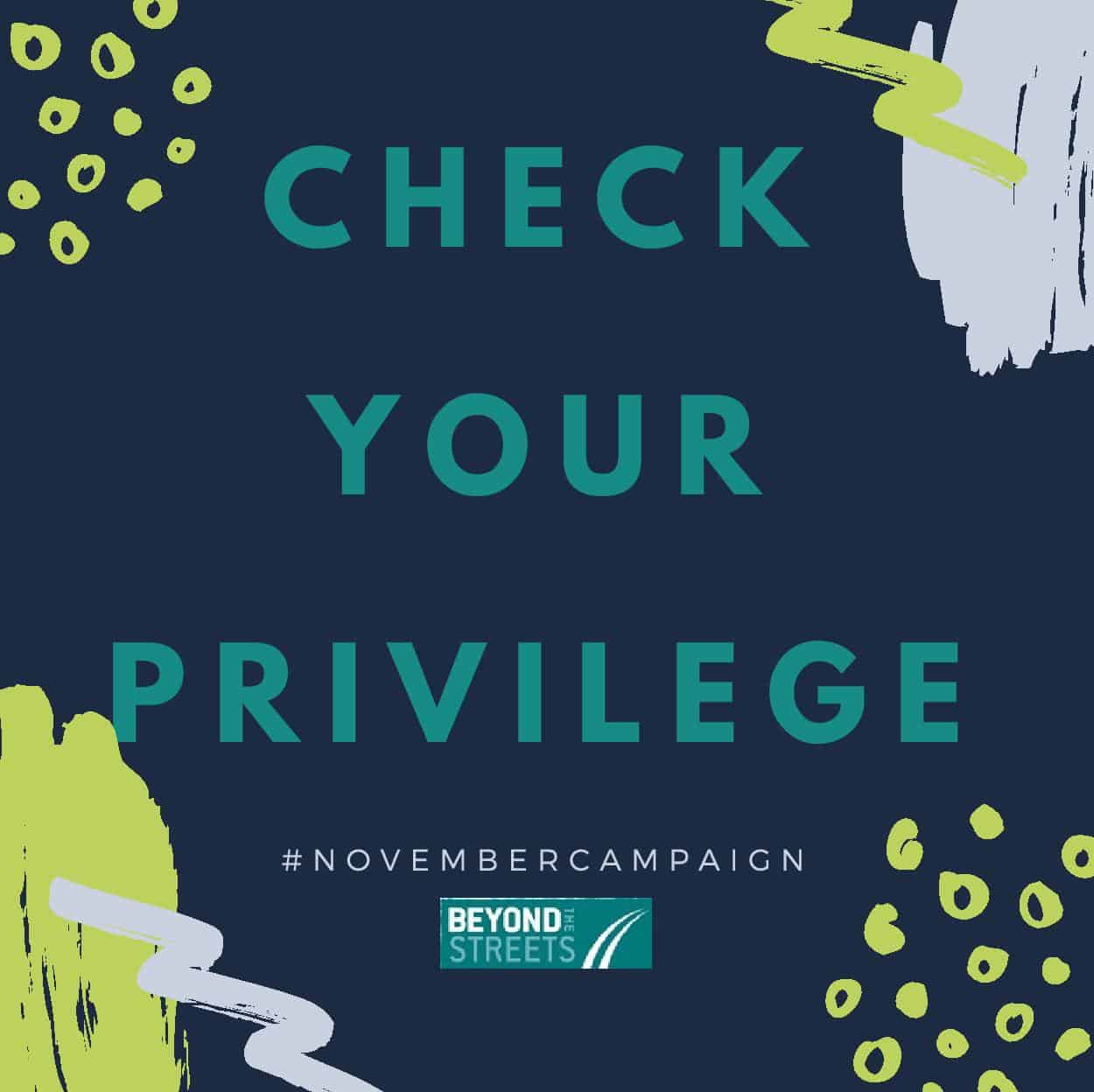 But sadly it’s not the case. In homes, on streets, and in cultures around the world, maltreatment of women is accepted. Would that they had the support of their peers and families in rejecting violence against them. Would that they had the means to make a living, without others exploiting their bodies. They say it takes a village to raise a child, but it takes the agreement and effort of whole societies to reject sexual exploitation and violence against women.

I don’t have a problem with privilege, at least not with privileges like mine. The only problem I can see is the idea that what I’ve described really are privileges. These are not life’s privileges, these are life’s achievables. The cost is making it true for you and the women in your life. The gain is changing futures for women around the world.

If you are a person of privilege, put it to good use this year. Join the NOvember campaign, sign up to say no to something you love or financially support those who are.

Words by Madi Simpson, a Writer, Speaker, Friend and Supporter of Beyond the Streets.