Family; can’t live with them, can’t live without them. Isn’t that the truth? Killing my spontaneity by insisting I let them know if I’m in for dinner. Uploading photos of me asleep on the sofa to social media. Using the Christmas dinner table as a platform to air their political views. For all of their faults, there has been times that I couldn’t have done without them. Like the time my Dad came to rescue me when my car broke down at 3am, only to discover that I was trying to do a hill start in fourth gear. Or the day before my graduation when my brothers visited every H&M store in east London, searching for the sold out dress that I was adamant I was going to graduate wearing. These grand gestures are good, but it’s the daily details of doing life together that I appreciate the most: the coffee that appears by my bedside every morning, the cheering on, the listening ear, the way my Mum treats a sniffle with the sympathy of the flu.
I can’t live with them, but despite my best efforts, I can’t live without them either. Until November, that is. When I’ll have to.
At the start of the year I joined Beyond the Streets to look after the Door of Hope project in east London. Door of Hope supports women who are sexually exploited through prostitution, women who became involved in street prostitution as a result of complex vulnerabilities- a last resort response to insurmountable struggles. Most have been pushed to the very edge through poverty, lack of opportunity and social exclusion.
As I travel around the capital, sharing stories from the streets, the question I’m often asked is “Where are their families? What happened to their friends?”. It’s a complex question to answer. For many, those relationships didn’t exist in the first place, with up to 70% of those involved in Prostitution having grown up in the care system (1). For others, accounting for 64% of women in prostitution, their exploitation began when they were children and they’ve fled the communities they were part of to escape it (2). For the majority, the lifestyle that results from prostitution has driven those closest to them away.
That’s the tragic irony of sexual exploitation: it is a corrosive force that destroys the support networks of those most in need of support. It disrupts families. Derails communities. Destroys lives.
This November, I’m standing in solidarity with the women I’ve spent the last year standing on street corners with- giving up all contactwith my immediate family to say no to sexual exploitation and violence against women. 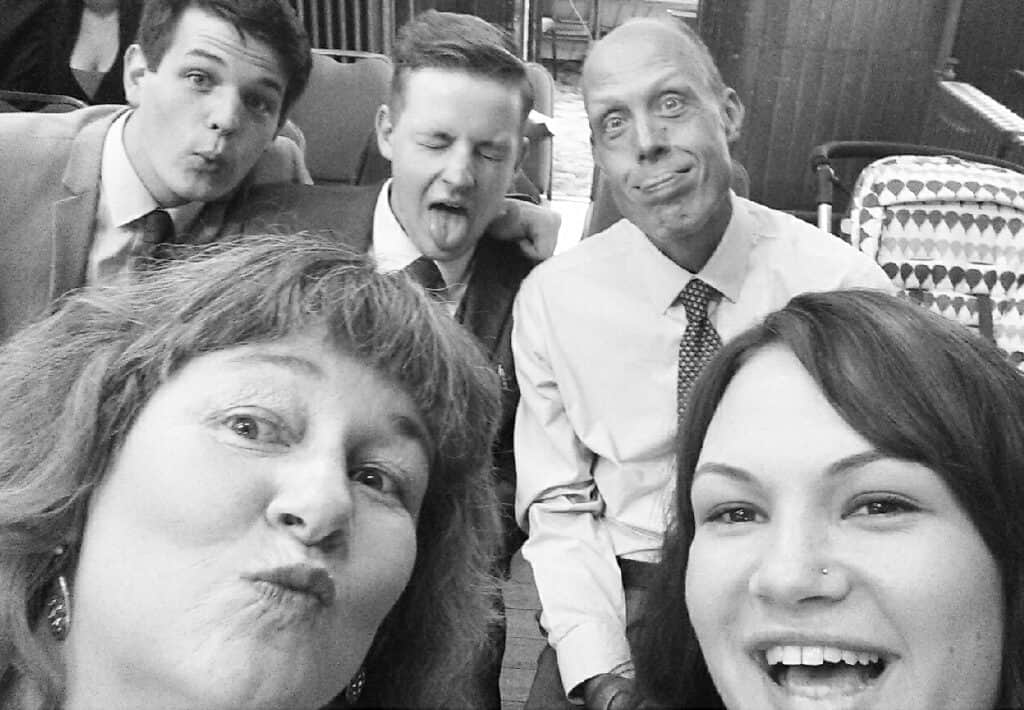 Why give up my family this November? Because when trouble knocks at my door I know that it will have to get through my family, friends and church community before it gets to me. For me there’s always someone to call. Always someone to lend. Always someone to pray. Tonight, I know that a woman my age, in my town, will get into a car with a man she doesn’t know as a means of survival… because when trouble knocked at her door, there was no one to answer but her. I’m saying NO for her. Join me?
This November, Beyond the Streets invites you to support Rebecca in join  saying no to sexual exploitation by sponsoring her, you can give towards her goal here.
References.
[1] Bindel, J. Brown, L. Easton, H. Matthews, R. Reynolds, l. (2012) Breaking Down the Barriers, Eaves and London South Bank University (LSBU)
[2 ] Marianne Hester and Nicole Westmarland, (2004) Home Office Study 279, Tackling Street Prostitution: Towards an holistic approach’ University of Bristol, Home Office Research, Development and Statistics Directorate quoting Pearce and Roach (1997).