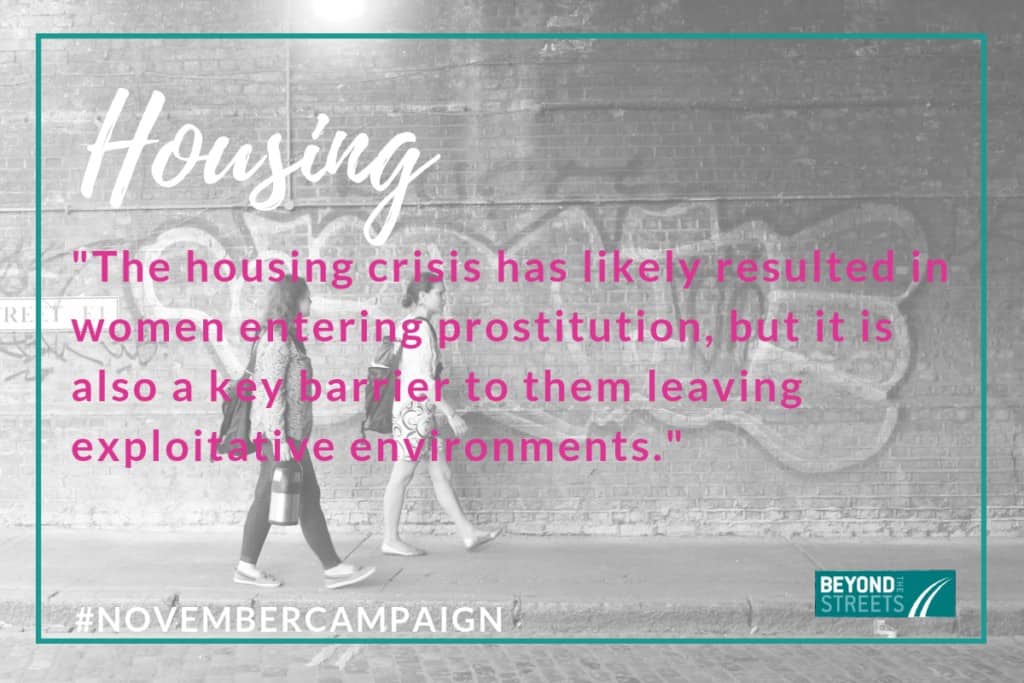 For the last year – I have had the privilege of putting the stories of women in the spotlight by hosting an  alternative “Jack the Ripper” tour called “Hidden History of Women in the East End”. As the offspring of a long line of fierce East End Women, this opportunity feels deeply personal to me – it’s the story of those who have gone before me, who walked my commute long before I did and shared the space that I now occupy. Alongside the historic, the tours are my opportunity to give voice to the experiences of women still living with exploitation and violence in the area today – the women we work with at the Beyond the Streets’, Door of Hope project.
As I share their stories, I see similar threads running through the lives of women who lived 130 years apart. Strength. Struggle. Resilience. Homelessness.
All five victims of the Ripper murders experienced insecure housing or homelessness – all were living in slum like conditions, three in common lodging houses, one in hostel style accommodation, one in a private room. In fact, on the night of her death, Annie Chapman was reported to have told someone that she didn’t have enough to pay for a bed that night. It was while out on the streets that night, fighting against a future in the workhouse, that Annie’s life was taken.
I find it unfathomable that 130 years on from Annie’s murder – Door of Hope’s outreach team regularly meet with women in Annie’s situation. At worst, rough sleeping. At best, living long term in short term accommodation without move on options. The majority? Like Annie, insecurely housed.
In East London at the Door of Hope project, we see the effects of the Housing Crisis translate into on street prostitution. We know this is not merely a local trend but a national phenomenon manifesting in different contexts – one being the UK’s widely reported  ‘Sex for Rent’ crisis.
As reported, the housing crisis has likely resulted in women entering prostitution, but it is also a key barrier to them leaving exploitative environments. Eaves report ‘Breaking down the barriers’ found that “Lack of access to affordable and safe housing was the second most prevalent block to women being able to leave prostitution”. We echo these findings  – safe and affordable housing is a constant challenge to our core mission: partnering with women on their journey out of prostitution.
For many women in my city – and undoubtedly in yours – exploitation is a lived reality, where stories of pain and trauma abound. I resent that women who exist 130 years apart are living out the same stories – I want change and a new chapter for women. Beyond the Streets #NOvemberCampaign gives me the opportunity to stand in collective solidarity with women – and challenge the inevitability of exploitation and violence. At the Door of Hope project, we encounter women who are in the midst of writing their story – moving from one of exploitation to freedom – support women on their journey by contributing to the crowdfunder.

Stand in solidarity with women this month by taking part in the #NovemberCampaign Three ways you can support the campaign:

2 Say no to something you love to save money or raise sponsorship for our work saying no to Sexual Exploitation. You’ll find a step by step guide to taking part in the campaign here.

A blog by Rebecca, Door of Hope’s Manager who proudly leads the Hidden History of Women in the End Tour. She would be glad to welcome you onto a tour in 2019, book here.